In this section you'll learn all about an imaginary line in the sky called the ecliptic. It's useful to us when we're hunting for planets because it is the route they all appear to follow.

A common frustration in beginners is being told by more experienced astronomers that finding planets is easy. Whilst experience does make planet spotting straight forward, if you've never done it before, they all just look like stars!

There are 8 recognised planets in the solar system. Like me, you were probably taught at school that there are nine. Sadly, poor, cold, distant Pluto was downgraded to a 'dwarf planet' a few years ago and no longer counts.

We live on one of those 8, and Neptune and Uranus are outside of the scope of this course because they are too small and too far away for us to worry about. Which leaves us with just 5 to find and enjoy.

Mercury and Venus are the two planets closest to the sun, then it's Earth followed by Mars, Jupiter and Saturn.

Three things about the planets make them a great target for backyard astronomy, they are:

I'll cover off what you can see on each planet in its dedicated section. For the rest of this section I'm going to help you learn about the ecliptic.

In this video, I explain what the ecliptic is and why it's the only place to look for the planets.

Where to Find the Ecliptic

The next series of screenshots show you where to find the ecliptic in the evening or morning for each month of the year. They assume Kansas City's latitude, which is roughly in the middle of the US. The dimmest stars in these pictures are magnitude 4, so are visible under all but the most polluted skies.

Pay attention to the compass directions below the green line representing the horizon.

Use the pictures below as a guide for where the ecliptic is by month (evening and morning), which will help you locate the planets I cover in the rest of this module. 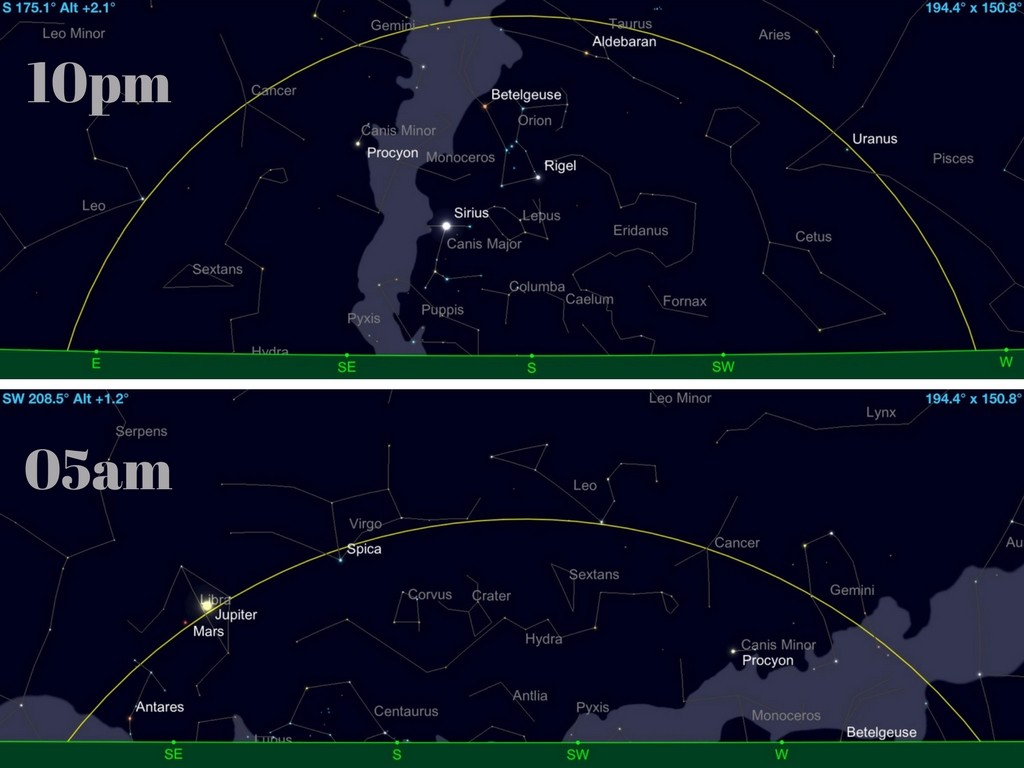 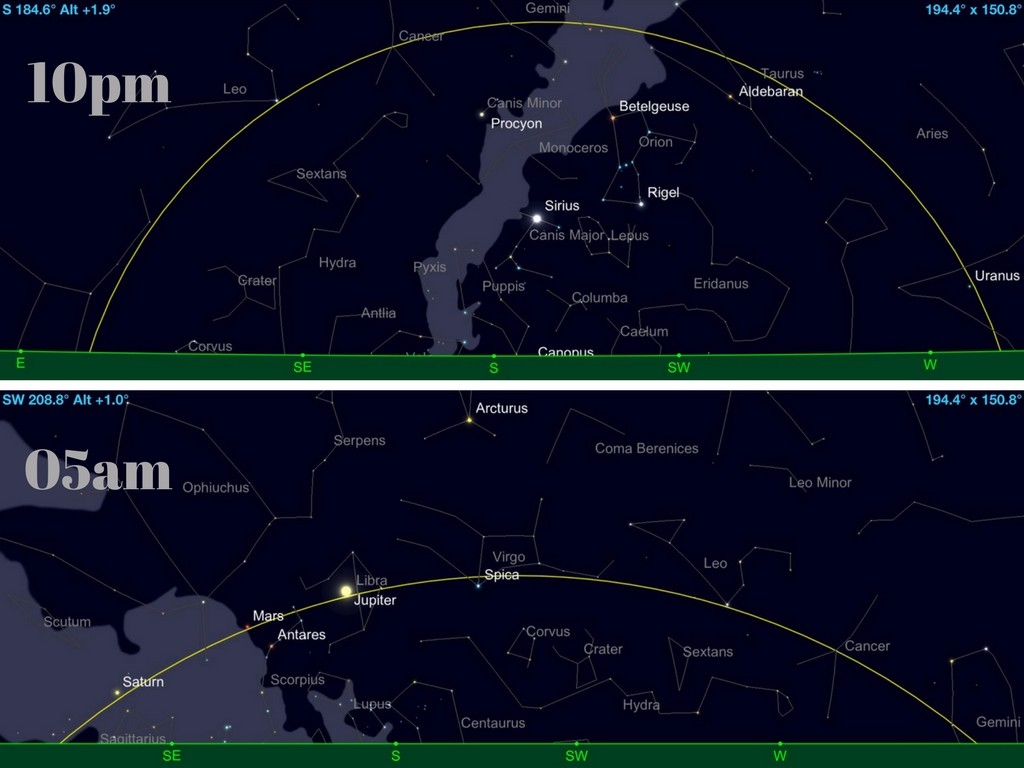 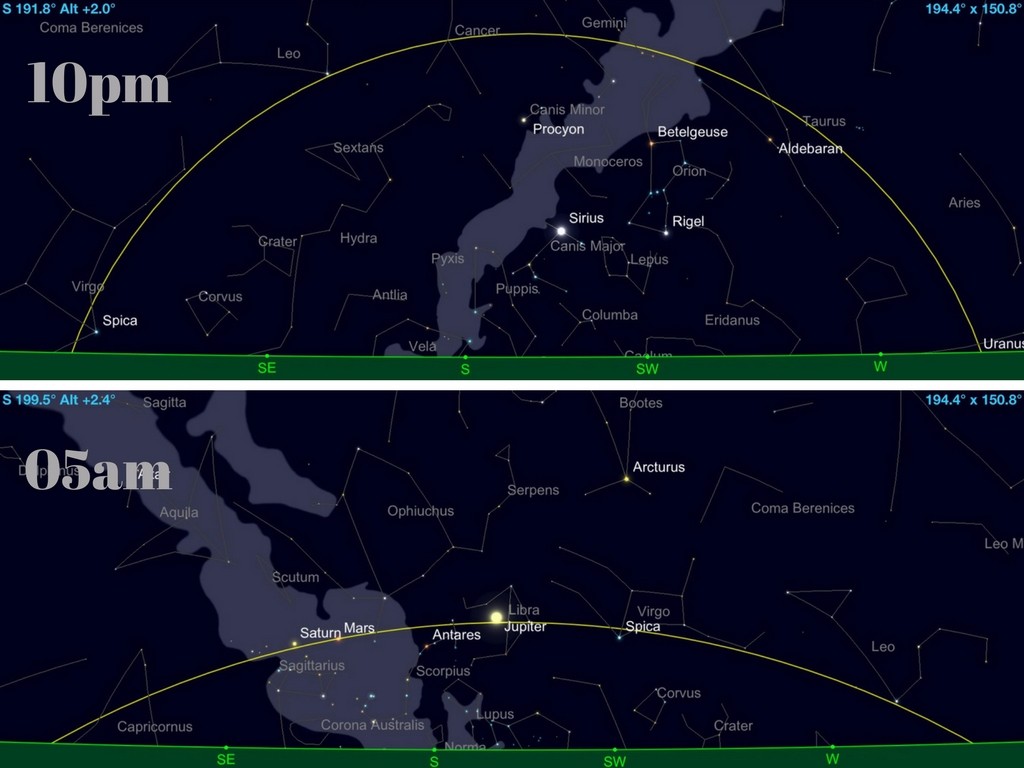 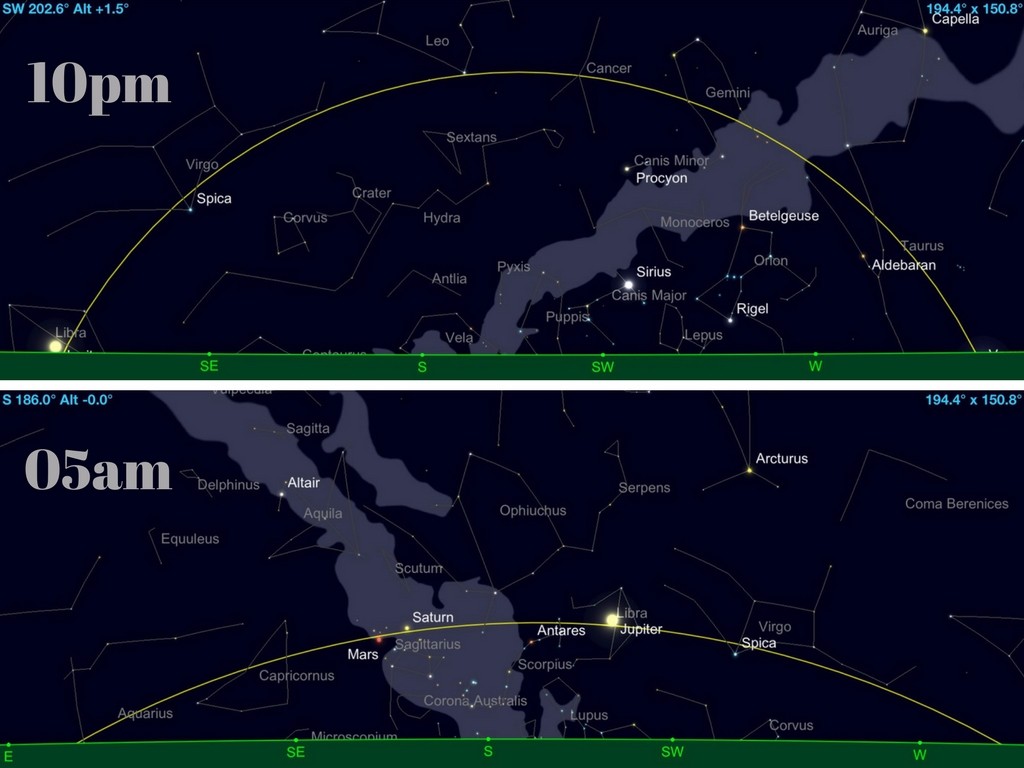 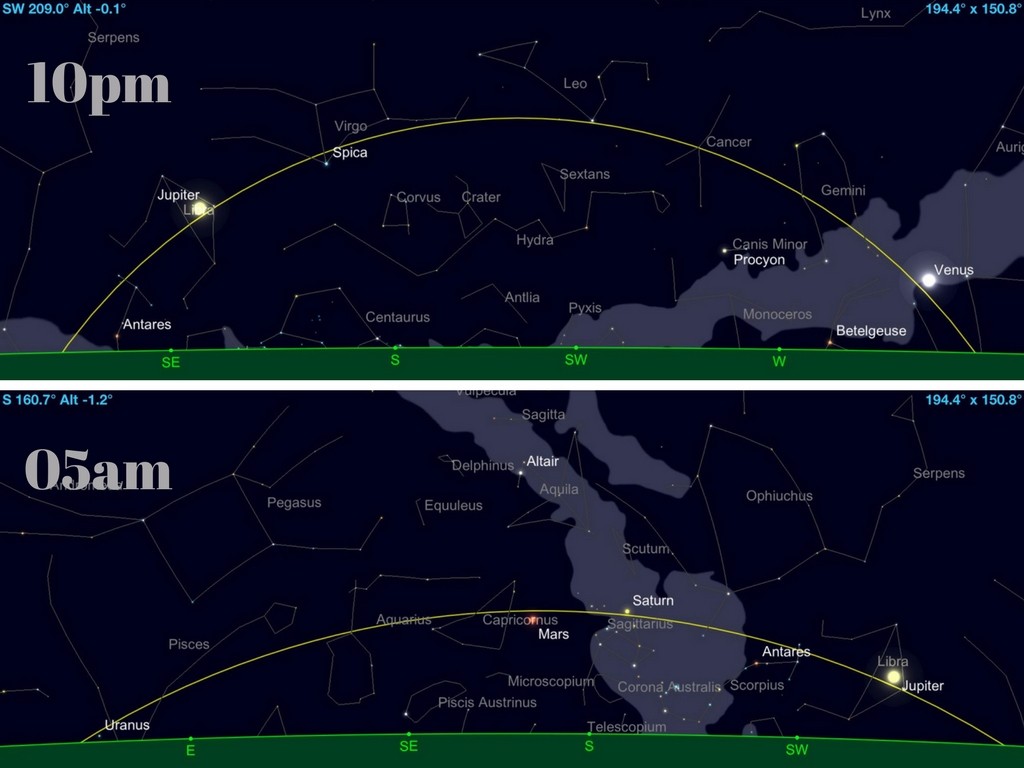 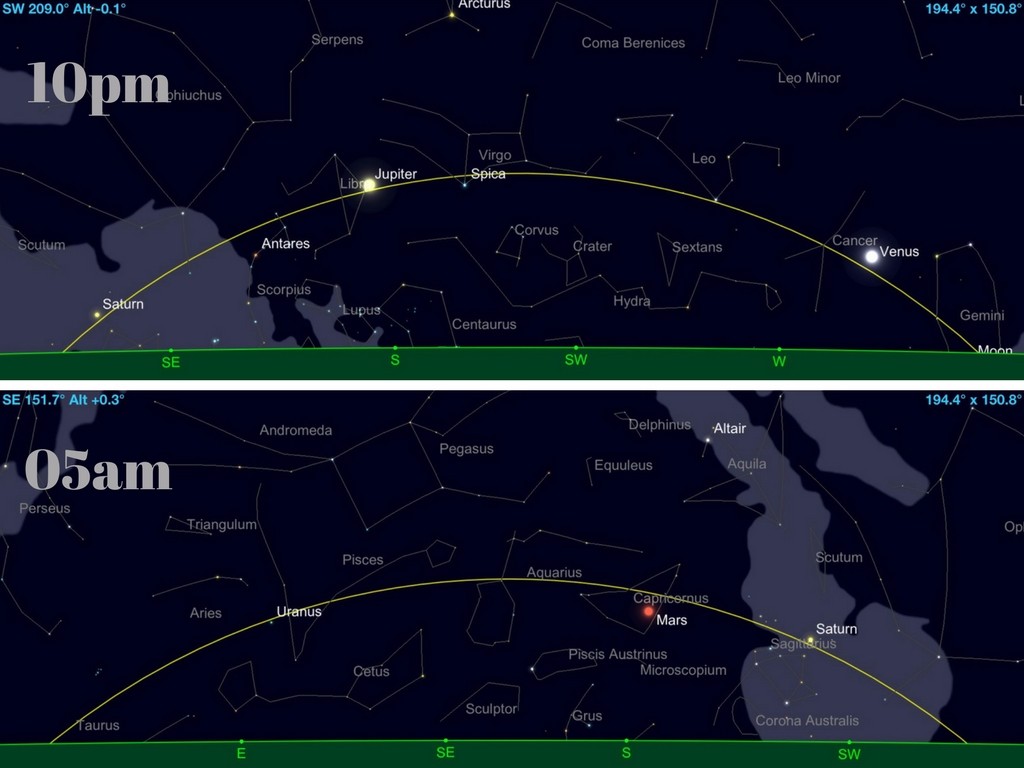 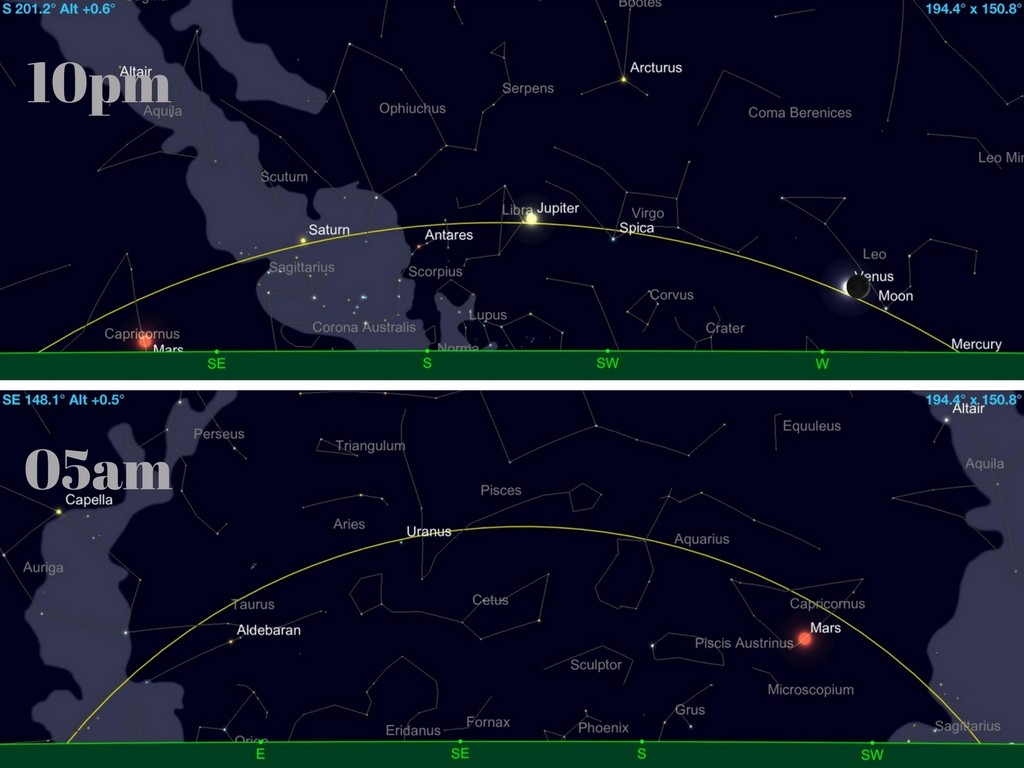 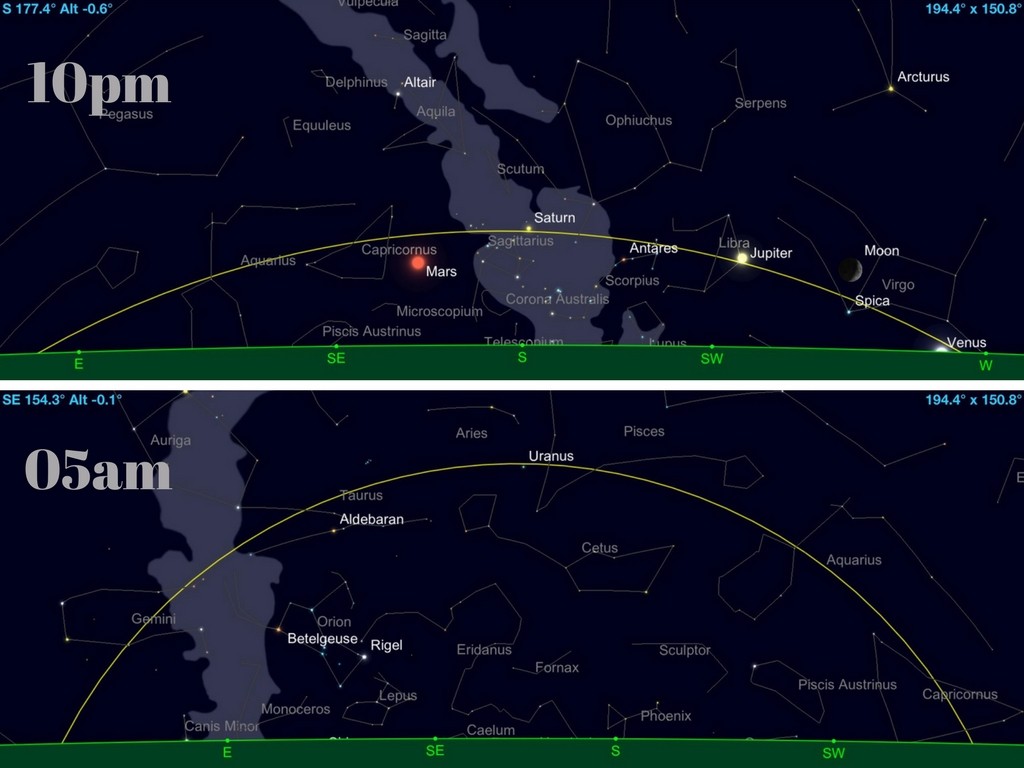 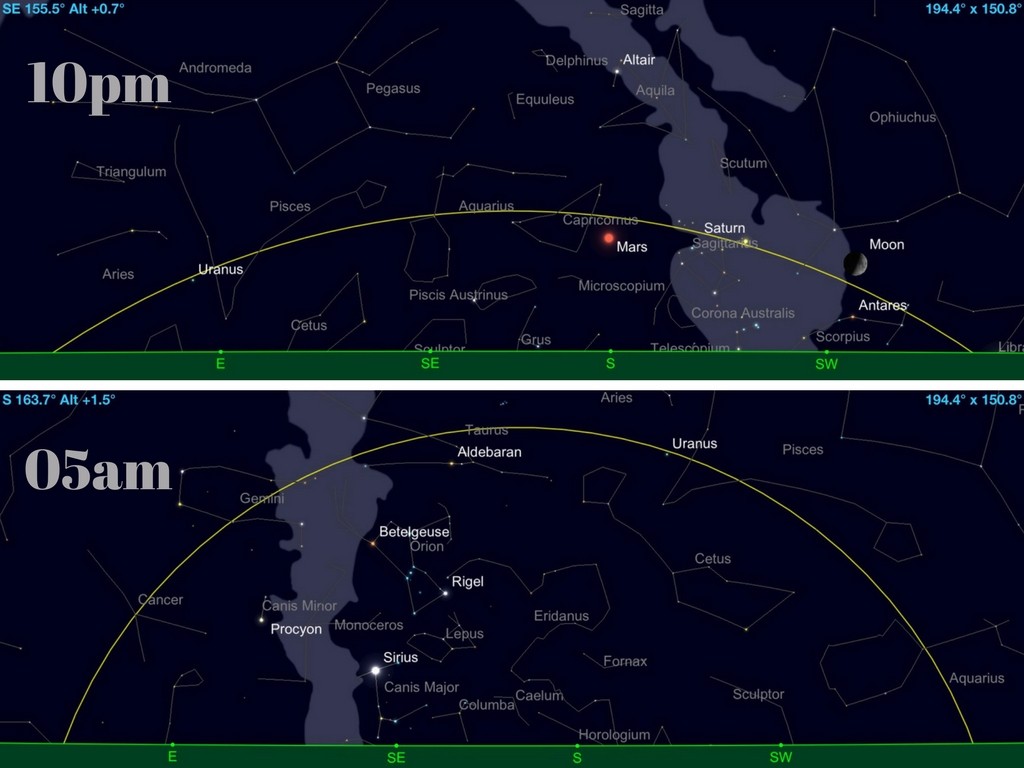 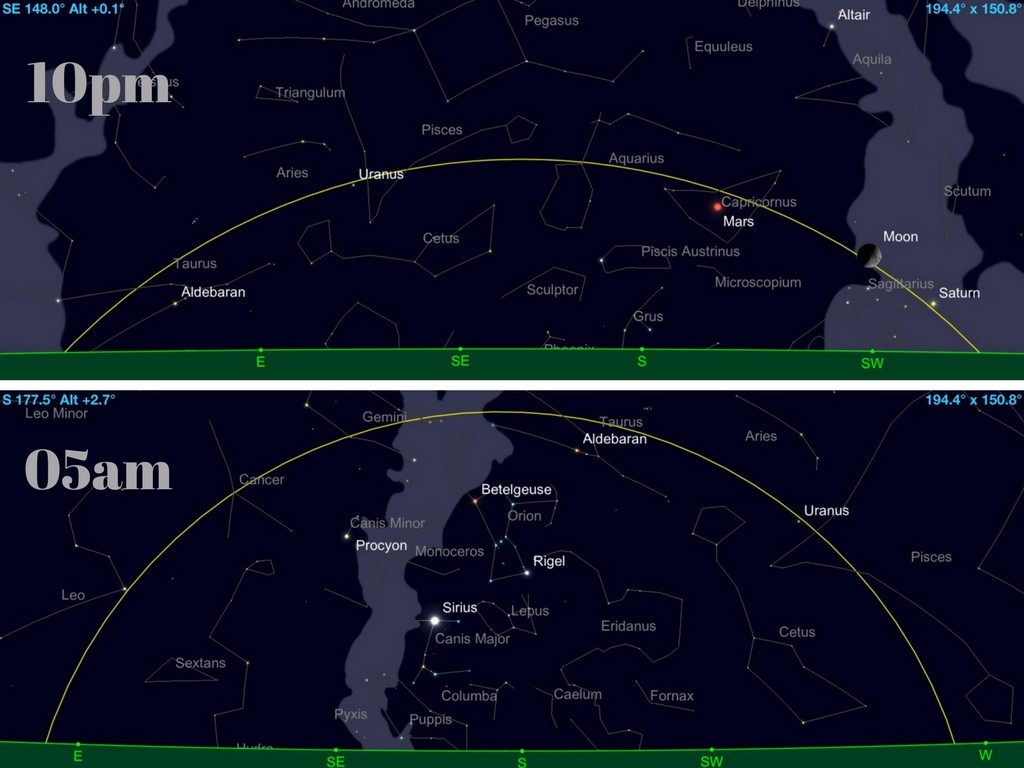 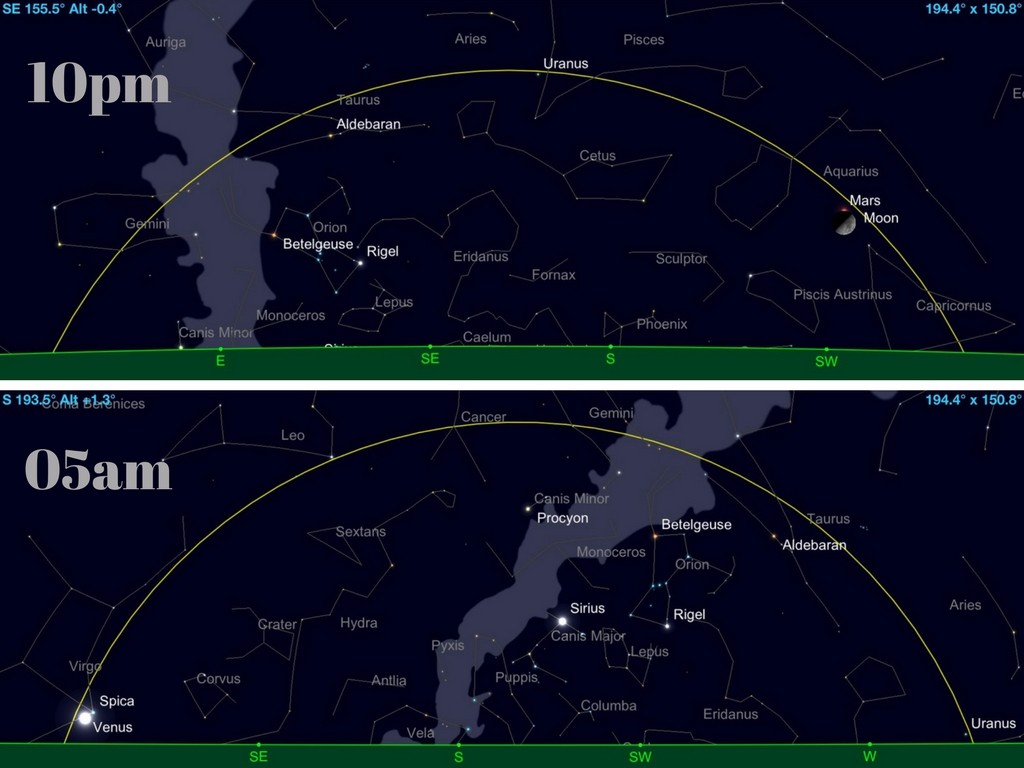 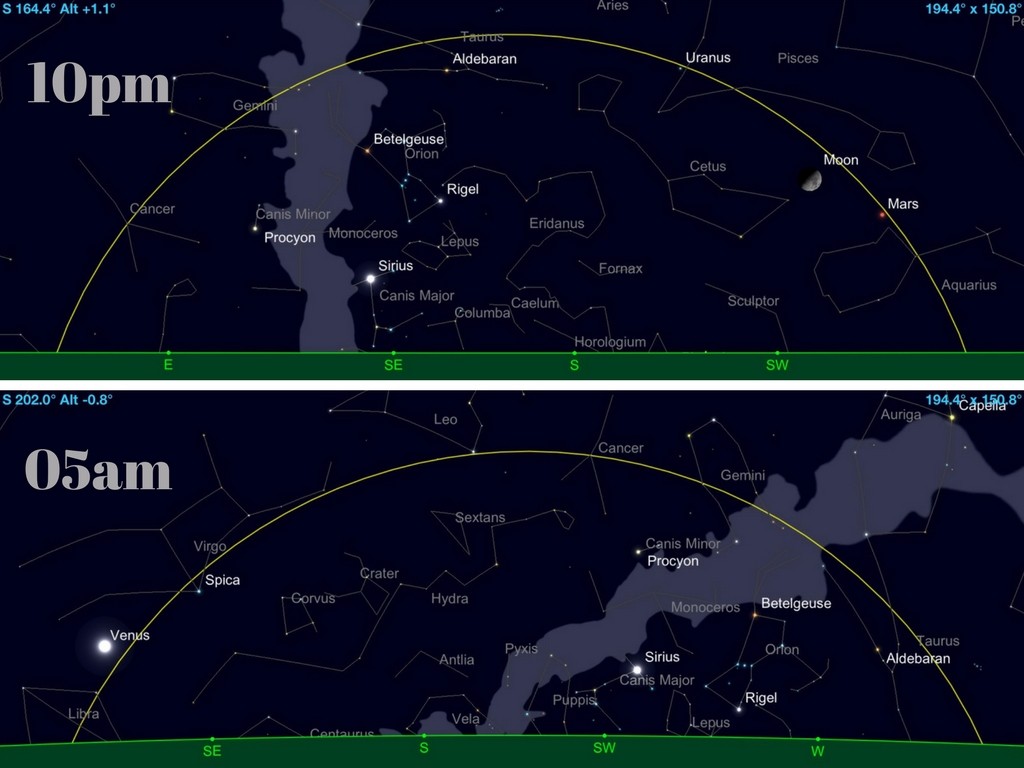 You now know where to find the ecliptic throughout the year, which makes it much easier to find the planets when you're looking for them.

Let's move on to looking at the individual planets themselves. As tradition dictates, I'll begin nearest the sun and move out, so our first stop is Mercury.